After discussing the various challenges youth face that inhibit their potential to be fully integrated, effective members of their societies, an analysis of some factors that enable their participation is also necessary to construct a complete picture. An International Monetary Fund (IMF) article, Youth in the Balance, elaborates on the specific challenges created by the economic crisis that spread around the world in 2008, and the subsequent responses by empowered youths – the Arab Spring. The article also notes the role of modern technology in the uprisings, stating that, “amid the turmoil and the uncertainty about their economic future, young people, more than any other group, have turned to new media for information and to communicate with their peers and beyond. Widespread access to the Internet has raised their aspirations, in part by making the young aware of the vast differences in standards of living within their countries and around the world. It has also made them more conscious of the extent of corruption and injustice and how that affects their lives” [1].

Thus, expanding access to technology has allowed for greater communication and awareness of issues, with a disproportionately higher percentage of youth using these technologies as compared to their older counterparts. As a result, there has been a surge of uprisings and political movements, spearheaded by disenfranchised youths, in response to the injustices they face, with technology being a key tool in the success of these movements in promoting change. “Whether it’s the ‘Occupy Wall Street’ movement in the United States or the mass rallies of the Arab world, young people have been jolted into action and are leading the response to diminished opportunities and unfulfilled aspirations,” a trend of empowered self-determination that has been facilitated immensely by access to technology [1]. Modern technology also aids the infectious nature of these political movements.

In cases such as the Arab Spring, youth populations have made the loudest cry for sociopolitical change, and this should come as no surprise, since the high level of unemployment most heavily affected this group in particular. As the IMF states, “youth have a huge stake in bringing about a political and economic system that heeds their aspirations, addresses their need for a decent standard of living, and offers them hope for the future,” and furthermore, “the absence of such a system is a potent recipe for conflict—especially now, with the availability of cheap means of communication such as smartphones and social media” [1].

Despite the catastrophe of youth unemployment that the global economic crisis exacerbated, technology provides a great opportunity for youths to become empowered, enabling them to participate in finding new solutions to the socioeconomic problems that plague them. As Bloom claims in Youth in the Balance, “young people will inevitably play a key role in the recovery thanks to their dynamism and willingness to relocate from labor-surplus to labor-shortage areas, and from low-productivity agriculture to higher-productivity industry and services. Their up-to-date training and education is also often a plus—although too often the education system imparts skills that are out of date or unneeded. Insofar as the expectations that education typically creates are not satisfied, youth can also power a decisive impulse to change institutions and leadership” [1]. With the heightened empowerment that access to the Internet allows, youth can take advantage of a wide variety of technological tools to achieve their own self-identified development solutions and to enable the spread of ideas. 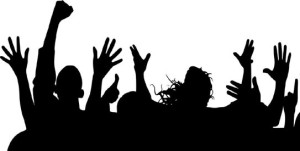 Change is infectious, and the discontent from the ongoing Arab Spring movements is beginning to take root in other regions as well, namely Sub-Saharan Africa. In North Africa and the Middle East, “idealistic young protesters have toppled some of the most ruthless and well-resourced political strongmen on the planet,” and the conditions that led to this massive uprising are mirrored in Sub-Saharan Africa, where, “many of the underlying realities are the same. As food and fuel prices rise, inflation is driving millions of Africans below the poverty line…Radical and growing economic inequality animated much of what was at stake in the various Arab uprisings, and it will play a major role in shaping African politics for years to come” [2]. With marginalized, impoverished youths demanding new forms of government and representation, better economic policies, and greater social justice, technology plays a key role in spreading these ideas globally. Regarding the youth bulge in Africa, “their resentment is only heightened by the tools of the information age, which remind them that they have been excluded from feeding at the trough enjoyed so blatantly by the nouveau riche – a lifestyle that is showcased by the newly minted wealthy on television, Twitter, Facebook and the Web in infuriating detail. Globalization has changed the aspirations of the poor, and their expectations will follow” [2].

The feeling of inequality, or at least a perception of inequality, is a recent development challenge that the world faces, and this is a direct result of the role technology has played in highlighting the existence of inherent societal inequalities. For instance, for informed youths, “resentment of the president’s son’s Ferrari, more than envy of Europe and America’s comparative wealth, is driving young Africans into the streets to challenge their kleptocratic governments… consequently, the struggle to mitigate inequality, rather than “making poverty history” through debt relief has become the most urgent task [of development]” [2]. We live in a unique moment in development history wherein empowered youth suffrage movements were able to force the political change of the Arab Spring to a global movement. The root cause of this outrage is that, “the Arab Spring occurred at a moment when economic development had outpaced political development in much of the region; ossified political systems no longer satisfied a population yearning for modern freedoms. The explosive democratization in the Arab world, therefore, is a result of development’s success, not its failure. An authoritarian country cannot grow itself out of its fundamental underlying political contradictions. Eventually, a democratic deficit sets in” [2]. For countries that are in the midst of drastic societal change, there must be a balance of economic growth while still addressing the deeper issues that will determine the ultimate success or failure of that economic growth; these determining factors include basic freedoms, mitigating inequalities, and addressing the youths’ demands [2].

Technology has the power to harness the collective desire for youth empowerment that can bring countries out of economic crisis and into a new, more prosperous era. Central to the success of technology in aiding development goals is the transparency that it evokes, allowing cell phone and internet users to hold institutions accountable in a previously unheard of way. The challenge that remains, however, is ensuring that equal access to technology proliferates throughout all developing nations, thereby enabling citizens to communicate their ideas freely and without government interference. After establishing this holistic understanding of the ‘youth picture’ as it exists today on an institutional level, what is the challenge to development organizations that hope to combat the factors that hinder and encourage the factors that enable?

What do you think will help this movement to spread?

Intern and Research Assistant with Valuing Voices at Cekan Consulting, LLC. She is a graduating senior at the George Washington University concentrating in International Development studies at the Elliott School of International Affairs, with double minors in Geography and Sustainability.