Eight years ago I interviewed the Kenyan CEO of a big meat processing corporation during a consultancy. After the interview I tried to get him interested in a local nonprofit I support (KUSARD). He told me he had another charitable avenue to help youth, below.

One day he was driving to work through a typically awful traffic jam and had the windows open. Suddenly a young man threw himself into the car through a window, begging for help. He said he had finished high school at great cost to his family (boarding school fees, uniforms); his father had sold his land to give his son a chance at an education. Even more impoverished, his family hoped this young man would get a job which would be the saving grace for the family's income and long-term security. He tried and tried to find a job but with so many other unemployed youth in the big city, to no avail.  In desperation, that day he decided to literally throw himself at the mercy of this man, thinking that if he had a Mercedes, he must be rich and might help somehow. 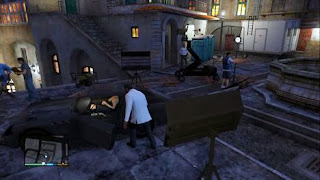 Somewhat skeptically, the CEO decided to help. He offered him a cart, and 50 sausages for free to sell.  If the youth could sell these, he could keep the profit, buy more and start generating money. He also threatened him with the police were both not returned.  True to their word, the youth sold and bought, sold and bought until he had made enough money to buy his own cart, then slowly hired other sausage sellers to sell for him. He approached the CEO again months later to return the original cart filled with the same 50 sausages he had originally received.  Impressed, the CEO offered him a job in his plant, which helped the young man pay for the school fees of his two younger siblings and now-widowed mother.

Of the 1.2 billion 15- to 24-year-olds in the world – 200 million of whom are in Africa – about 75 million are looking for work.  What will you do today to support at least one of them? I long to hear who you support, how you advocate… that young man could be my son, nephew or brother. Imagine if he were yours?