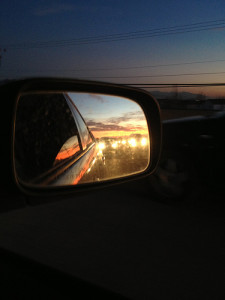 Sustainable Development… are we done yet?

Sustainable Development… are we done yet?

Yes, while a few organizations have actually funded some post-project (ex-post) evaluations here and there, this idea that anyone in our industry could say "sustainable development continues to be implemented and integrated" strikes me as absurd. How many communities in Africa, Asia, Latin America and elsewhere feel that they are sustainably developed, that they can finally hand out gilded keys to their stunning cities and villages and never have to invite anyone in for help again?  Scant few, I'd wager (Botswana and Asian tigers notwithstanding).

One of the fascinating findings of my preliminary research is that extremely few ex-post evaluations of sustained impact of projects are done at all, and the lions share is by some banks and multilateral organizations. While 30 years ago USAID used to fund such work, today it is UN agencies such as the OECD, the World Bank1 and World Bank2/ IMF, bilateral banks such as the European Investment Bank, IADB, a German Bank, and a few bilateral development organizations such as Japan's JICA.  Kudos to them for doing it at all, anytime.

Why do some do it? An Australian government publication notes that:
* "Good ex post evaluation is a potentially powerful tool that can attest to the value of a reform and provide lessons for future reforms.
* Evaluations can improve the understanding of the impacts of regulation on risk —
both the probability of an adverse event and the impact if it arises."

This publication also states that "to be more effective, ex post evaluations need to: be resourced in advance; embed data collection where it is not otherwise available; share the findings; and include governance arrangements which support transparent process to test the findings and to encourage their use."  The bit about use is especially compelling, especially if such results are shared with all stakeholders, especially national ones- from communities involved, up to policy decision-makers. Better yet,  start discussions about sustainability with local communities to begin with, where rubber hits the road. 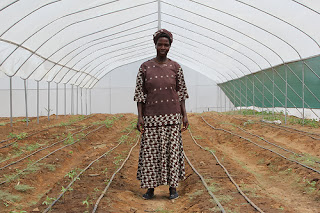 Unfortunately, reading some of these reports is a bit surreal; it shows how far from that end-user perspective we currently are.  While evaluators ask questions about long-term impact, questions of sustainability often remain 'within the box' of expected outcomes. Reports I have read use an external evaluator who alone assesses OECD's measures of: program relevance, effectiveness, efficiency, development impact and sustainability of the project as it was planned.  So far nothing has appeared that implies that participants themselves were asked about sustained impact, rarely are traces of anything 'outside the box' of what was planned (such as the appearance of unintended impacts), or that anything could have happened outside of the project objectives in the elapsed years post-project. This is in spite of our understanding that our world is complex and our lives and livelihoods adaptively evolve all the time in response to external economic, climatic, social opportunities and shocks.  "Sustainability" results seem to be reported as if time stopped after the end of project (often many years after the project was planned, the results framework crafted), and little evolved in these countries to affect project sustainability.

Finally, the rose-colored glasses aspect includes (the possible fiction) that those involved in the project shared the Goals and Objectives aspirations held by the donors and implementers. In my fieldwork experience, communities sometimes cannot tell one project from another unless one helps them differentiate specific resources such as wells, seeds, literacy training transferred. Nor do participants necessarily share expectations of outcomes such as they would be more drought-resilient or food-secure in the future.  In research I hope to do, I will look for how many shared expectations of impact there are, how communities evaluate long-term impact of the tangible and intangible resources that were transferred and what their perceptions of the real value of projects is, long after implementers and donors have left.

What do you think? Have you seen cases where we are doing Sustainable Development well?