What are the prospects for self-sustained impact at the Macro level? (Part 1)

What are the prospects for self-sustained impact at the Macro level? (Part 1)

After studying various impact evaluations, it became clear that different development projects also have different scales, with multilaterally-funded macro-level being focused on higher scale objectives from the municipal up to the national level while micro-level are geared towards improving socioeconomic aspects of communities. Our research revealed that there is a recurring error among projects that makes them ineffective: a lack of community involvement in all stages of the project, or more specifically, their lack of involvement in both the design and the evaluation process. This results in a lack of opinions from the local level regarding project self-sustainable goals, and prospects for ultimate success in self-sustainability. We have seen both macro projects, implemented by multilaterals, and micro projects, implemented by international non-profits, that fail to include local participation in their methodology, but one trend we have noticed is that projects on the macro level, have a tendency to plan, implement, and complete projects with little input from local participants or consideration for the possibility of self-sustainability impacts.

A particularly egregious example of non-self-sustainability at any level is the project for OECD-funded Improving the Performances and Management of Public Lighting in Ho Chi Minh City, which was a project with no ground level/community participation, but rather took place at the municipal level between French company Citelum (supplying technical assistance and equipment) and Sapulico (Saigon Public Lighting Company, Ho Chi Minh City's public lighting authority). From the evaluation summary, we saw the project was most concerned with propagating appreciation for French expertise in the area of public lighting at the national level rather than fostering national electrical self-sustainability. With organizational sustainability as a main objective, the project itself was not considered self-sustainable for a few key reasons: 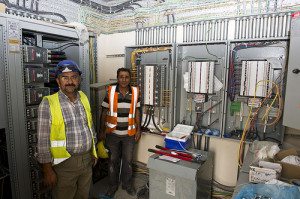 This highlights an obvious overlooking of future project sustainability due to the local budget conditions and insufficient training. Had the project been more concerned with guaranteeing even national self-sustainability rather than the financial sustainability of the foreign implementing organization, the project overall could have been more successful far into the future….

A more promising example of a macro level project aiming for more localized impact, yet still failing to consider self-sustainability, is the JICA Agricultural Development Project in Kambia District.  While we commend JICA as the most active multilateral to do ex-post evaluation, we again see the tendency of macro level projects to focus on systemic changes at the national or at least regional level which often self-sustainability buy-in, whereas micro level projects tend to focus on communities or at most sub-regions with the objective of fostering longer-term sustainability. This project, on the other hand, is a hybrid of macro- and micro- as it was to intervene at a district level and it did try to create agricultural extension buy-in. The key takeaways from JICAs post-project evaluation:

Compare these findings to those we have analyzed in other blogs which illustrated the far more successful project and evaluation results that micro level non-profit development agencies like Mercy Corps, Plan International, and Partners for Democratic Change fostered when they made community participation the key to their development process. However, JICAs Kambia project and the Vietnamese Public Lighting program are not alone in their shortcomings, because the consistent lack of local community involvement in community-focused projects is a theme that we continue to see with macro level and micro level development schemes – a pattern that Valuing Voices is determined to change.

Overall, what we have discerned from this analysis is that projects conducted by macro level multilateral actors have a lower chance of ensuring self-sustainability, in part because they usually aren’t linked directly to the community in regional or national-scale projects. By contrast, micro level projects by international non-profits tend to have a higher chance of fostering greater self-sustainability because they are linked more closely to the end users of development, thereby benefiting both the organization itself as well as the local participants from more inclusionary practices.

We can clearly see that at least a few organizations, both at the macro and micro level, are asking the right questions by conducting these post-project evaluations. However, a systemic problem persists in that virtually no one is designing for self-sustainability. But without it, how successful are we really?

Intern and Research Assistant with Valuing Voices at Cekan Consulting, LLC. She is a graduating senior at the George Washington University concentrating in International Development studies at the Elliott School of International Affairs, with double minors in Geography and Sustainability.