There is great news.  Impact Evaluation is getting attention and being funded to do excellent research, such as by the International Initiative for Impact Evaluation (3ie), by donors such as the World Bank, USAID, UKAid, the Bill and Melinda Gates Foundation in countries around the world.  Better Evaluation tell us that "USAID, for example, uses the following definition: “Impact evaluations measure the change in a development outcome that is attributable to a defined intervention; impact evaluations are based on models of cause and effect and require a credible and rigorously defined counterfactual to control for factors other that the intervention that might account for the observed change.”

William Savedoff of CGD reports in Evaluation Gap reports that whole countries are setting up such evaluation institutes:  "Germany's new independent evaluation institute for the country's development policies, based in Bonn, is a year old.  DEval has a mandate that looks similar to Britain's Independent Commission for Aid Impact (discussed in a previous newsletter ) because it will not only conduct its own evaluations but also help the Federal Parliament monitor the effectiveness of international assistance programs and policies. DEval's 2013-2015 work program is ambitious and wide – ranging from specific studies of health programs in Rwanda to overviews of microfinance and studies regarding mitigation of climate change and aid for trade." There is even a huge compendium of impact evaluation databases.

There is definitely a key place for impact evaluations in analyzing which activities are likely to have the most statistically significant (which means definitive change) impact. One such study in Papua New Guinea found SMS (mobile text) inclusion in teaching made a significant difference in student test scores compared to the non-participating 'control group' who did not get the SMS (texts).  Another study, the Tuungane I evaluation by a group of Columbia University scholars showed clearly that an International Rescue Committee program on community-level reconstruction did not change participant behaviors. The study was as well designed as an RCT can be, and its conclusions are very convincing.  But as the authors note, we don't actually know why the intervention failed. To find that out, we need the kind of thick descriptive qualitative data that only a mixed methods study can provide.

Economist Kremer from Harvard says "“The vast majority of development projects are  not subject to any evaluation of this type, but I’d argue the number should at least be greater than it is now.” Impact evaluations use 'randomized control trials', comparing the group that got project assistance to a similar group that didn't to gauge the change. A recent article that talks about treating poverty as a science experiment says "nongovernmental organizations and governments have been slow to adopt the idea of testing programs to help the poor in this way. But proponents of randomization—“randomistas,” as they’re sometimes called—argue that many programs meant to help the poor are being implemented without sufficient evidence that they’re helping, or even not hurting."  However we get there, we want to know – the real (or at least likely)- impact of our programming, helping us focus funds wisely.

Data gleaned from impact evaluations is excellent information to have before design and during implementation.  While impact evaluations are a thorough addition to the evaluation field, experts recommend they be done from the beginning of implementation. While they ask “Are impacts likely to be sustainable?”, and “to what extent did the impacts match the needs of the intended beneficiaries?” and importantly “did participants/key informants believe the intervention had made a difference?” they focus only on possible sustainability, using indicators we expect to see at project end rather than tangible proof of sustainability of the activities and impacts that communities define themselves that we actually return to measure 2-10 years later. 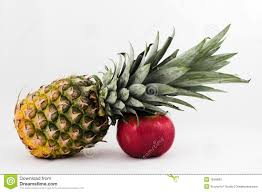 That is the role for something that has rarely been used in 30 years – for post-project (ex-post) evaluations looking at:

Where is this systematically happening already? There are our catalysts ex-post evaluation organizations, drawing on communities' wisdom. Here and there there are other glimpses of ValuingVoices, mainly to inform current programming, such as these two interesting approaches:

We need a combination. We need to know how good our programming is now through rigorous randomized control trials, and we need to ask communities and NGOs how sustainable the impacts are.  Remember,  99% of all development projects worth hundreds of millions of dollars a year are not currently evaluated for long-term self-sustainability by their ultimate consumers, the communities they were designed to help.

We need an Institute of Self-Sustainable Evaluation and a Ministry of Sustainable Development in every emerging nation, funded by donors who support national learning to shape international assistance. We need a self-sustainability global database, mandatory to be referred to in all future project planning. We need to care enough about the well-being of our true client to listen, learn and act.