5 Ways to Foster Sustainability and Resilience to Climate Change 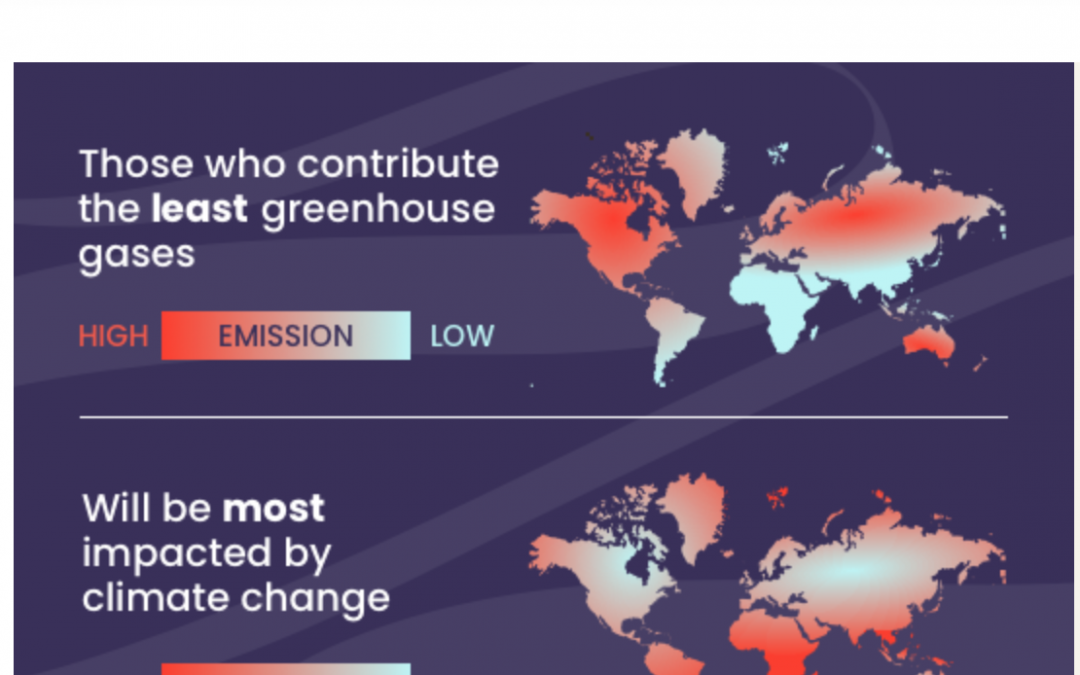 5 Ways to Foster Sustainability and Resilience to Climate Change

In the global climate change graphic, the blue are countries that contribute very few emissions to #climatechange. They are also those who suffer the most from climate change effects and who have most #globalaid projects which are most at risk of no longer being #sustained: 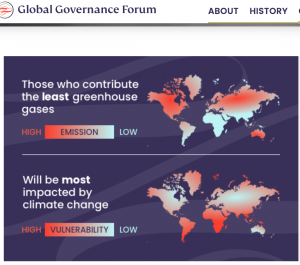 Omar Abdou, a food security and M&E expert from Niger, lives a vulnerability to climate change there is indisputable. Sahelien production systems suffer the full brunt of the negative effects. Indeed, the essential rural activities, namely agriculture, and livestock which occupy at least 80% of the population, are becoming more and more uncertain as they rely on two pillars: rainfall and the exploitation of natural resources (soil, vegetation, other water sources). But, in recent decades, we have witnessed a drastic reduction in rainfall. In pastoral zones, this decrease is reflected in the degradation of the vegetation cover and the deficits in livestock-vital fodder. For instance, the fodder assessment from 2000 to 2020 for the Tahoua Region has been in deficit for 15 years. More and more recurrent and frequent crises seriously affect the main productive capital of households, which is the herd.

Emergency sales of increasingly emaciated animals at a low price are growing to pay for consumer goods and to buy fodder to feed a few animals. These are kept for breeding after the crisis, but what used to be seasonal crisis (dry-season) has become chronic.

In agro-pastoral zones, agricultural production in the rainy season, which has changed its duration and strength, becomes uncertain to feed the household members. The harvest is often exhausted at most by the 6th month of the year for many households. Thus, there is no more food surplus to supply the area’s food needs where cereals are not grown. Suddenly, cereals become expensive and inaccessible for many families. Their coping strategies are diverse but not always effective. In pastoral settings, parents are forced to take their children out of school to go further south in search of food and pasture. Sometimes more sedentary agro-pastoralist farmers pledge or sell their land to pay for food. Those left behind who have nothing to sell, are forced to cut trees and sell the wood for charcoal, further degrading the environment. Unfortunately, Niger’s neighbors are now mostly at war, so these young men run the risk of being recruited by armed groups or are killed. In these conditions, there is serious instability where the means of production (natural and human) are sold for survival and overexploited natural resources decrease. Increasingly, it is practically impossible to talk about sustainability. It is, therefore, necessary to think of consistent and innovative projects to enable households to produce sustainably while preserving the ecosystem for future generations. Outlets such as migration of the able-bodied workers to neighboring countries to provide labor in the lean season work now but are unsustainable.

Jindra notes that 31 Oct the UN Climate Change Conference (COP26) begins. Climate science documents life-threatening effects such as Omar and billions of others are already experiencing around the ‘developing’ world. The IPCC Working Group report shows that “the world will probably reach or exceed 1.5 degrees C (2.7 degrees F) of warming within just the next two decades. Whether we limit warming to this level and prevent the most severe climate impacts depends on actions taken this decade. Only with ambitious emissions cuts can the world keep global temperature rise to 1.5 degrees C, the limit scientists say is necessary for preventing the worst climate impacts. Under a high-emissions scenario, the IPCC finds the world may warm by 4.4 degrees C by 2100 — with catastrophic results.” Erratic rainfall, greater heatwaves will affect 70% of all farmers and herders who rely on rain for their production and a new report on Adaptation to climate across West African shows aridity increasing, which must inform global development.

What can we do:

1- LISTEN AND ACT GLOBALLY: There are excellent resources to track demands that the Global North divest and stop subsidizing fossil fuels. For instance, “In 2017/18, the G7 collectively spent more on fossil fuel finance than on climate finance, according to analysis by Oil Change International. They allocated nearly $40bn that year.” Hypocrisy abounds as this Climate Change News article goes on to note that “Since the Paris Agreement was signed, G20 countries’ export credit agencies have provided 14 times as much support for fossil fuels as clean energy “to $64 billion a year, and investors still prioritize profit over planet & people.

2- LISTEN AND PRIORITIZE GLOBAL SOUTH VOICES: While funding demands for over $100billion to LDCs is a demand of COP26, the need to support local research and activist organizations who show measured results is mostly missing (more from Sweden here). Other resources include WRI’s Allied for Climate Transformation by 2025 podcast series among the most Climate Change vulnerable nations. “ACT2025 consortium to ensure voices from countries most exposed to climate change are heard, empowered, mobilized, and adequately supported in international climate negotiations.“ The series includes how countries such as Niger adapt to climate change.  If nothing else, consider the tragedy of the loss of $1.5 billion in aid invested in Niger, not to mention the ensuing suffering global Northern consumption is unleashing on the global South.

3- DESIGN CLIMATE SMARTLY: Global Development needs to do much more climate-smart programming as 50 years of investments in foreign aid to ‘developing’ countries has already started to be threatened. What can be done? From sequestering the carbon content of soil via farming to fostering climate-smart agriculture, which, according to the UN’s FAO means “agriculture that sustainably increases productivity, enhances resilience (adaptation), reduces/removes GHGs (mitigation) where possible, and enhances achievement of national food security and development goals”. Importantly this involves productivity plus adaptation and mitigation against changes wrought by climate change.

4- MEASURE SUSTAINABILITY: Exciting measurements are beginning! Scotland is valuing its nature, and there are calls for The Rights Of Nature In Evaluation Of Environmental Sustainability.  Jindra is consulting to a wonderful team at the Adaptation Fund. We are evaluating what could be sustained, and what withstood climatic changes is ex-post project sustainability and resilience evaluation. The Adaptation Fund on evaluating projects’ longer-term (3-5 year ex-post project closure) sustainability and, importantly their resilience to climate change. We are piloting these rare kinds of evaluations in six countries, starting with Samoa and Ecuador in 2021. As the Fund has funded over 100 projects in 100 countries, with almost 30 million participants, we have a rich array to choose from. Such a learning opportunity about what lasts and has withstood disturbances is vital. As the Fund notes: “Climate change is predicted to greatly affect the poorest people in the world, who are often hardest hit by weather catastrophes, desertification, and rising sea levels, but who have contributed the least to the problem of global warming. In some parts of the world, climate change has already contributed to worsening food security, reduced the predictable availability of freshwater, and exacerbated the spread of disease and other threats to human health. Helping the most vulnerable countries and communities is an increasing challenge and imperative for the international community, especially because climate adaptation requires significant resources beyond what is already needed to achieve international development objectives.”

5- TAKE PERSONAL RESPONSIBILITY: For 8 years, Valuing Voices has pushed back to evaluate the ‘Sustainable Development” we have promised for 50 years. We must be accountable primarily to our participants and partners, rather than donors, and only by listening to these country nationals, we can learn what was sustained not, why or why not, and what emerged from their efforts. In 2019, we wrote all of us are accountable to improve the SDGs. It is wonderful to have climate change leading organizations invest in ex-post evaluation that adds resilience, prioritizing organizational learning and accountability. We all must increase our awareness that curb our consumption, for the sake of Niger, small island states, and many other parts of our planet can no longer stand our business-as-usual. Limiting climate change begins with us, from changing our food consumption to consumer choices to political advocacy to seeing the Earth as indivisible from us and us from the Earth. Let us start to invest in global sustainability today.

Do you see any bright spots on the horizon? Do share!